I don’t like to say it out loud but really, I have to face it – I’ll be turning 60 in the middle of this year. I know, I can here you all screaming ‘no way, she can’t possibly be nearly 60, she only looks 59.’ But, it’s true, that big number is creeping up on me.

It takes some getting used to because I actually feel younger now than I did twenty years ago, strange but true, and more motivated too. So, to soften the blow and in an attempt to find the positives here, I’ve compiled a little list for myself.

It’s a list of the adventures I’d like to have in the next ten years, between sixty and seventy.

Notice what I’m doing here? If I say the number enough times I’m figuring I may just forget that it’s any different to any other number that I’ve come upon, say 30 or 40 or 50.

Anyway, in no particular order, this is where I’m thinking I’d like to go. Some are more achievable than others but you have to dream big.

What do you think? Where will you be going in the next ten years?

Well, this post is one of the latter. I’ve been trying to write a post on Santorini since I first started this blog almost a year ago (hard to imagine I’ve been doing this for nearly 12 months now). I knew what I wanted to say, about the island and its history, but for some reason I just couldn’t put it together.

I still can’t but I’m waiting no longer, I’ll give you the shortened version of what I’ve been trying to compose all these months.

For years Santorini was at the top of my ‘to do – eventually’ list.

During my forties and fifties, while studying Ancient History for my degree, I’d learnt all about the history of the island. I’d studied the Minoan civilisation and seen the pictures of the magnificent wall paintings that had survived from that time, I’d learnt about the eruption of the volcano, one of the largest volcanic eruptions in recorded history, that destroyed a larger island and created the current caldera, and of course I’d seen the famous photos of this blue and white island in many gift shops.

But at that point in my life a trip to this beautiful Greek island was an unrealistic dream.

Things changed, life moved on and in 2007 I got to sail over that caldera, gazing, speechless, from the rails of the ferry, at the sheer cliffs topped by the capital of the island, Fira, that we were heading for.

Up to this point, nowhere else that I’ve visited has had such a profound effect on me. I’ve been to some wonderful places, seen some brilliant scenery and experienced different cultures but nothing has come close to the emotional effect this place had on me.

There were tears in my eyes, but I couldn’t put into words how I felt. I still don’t think I can. 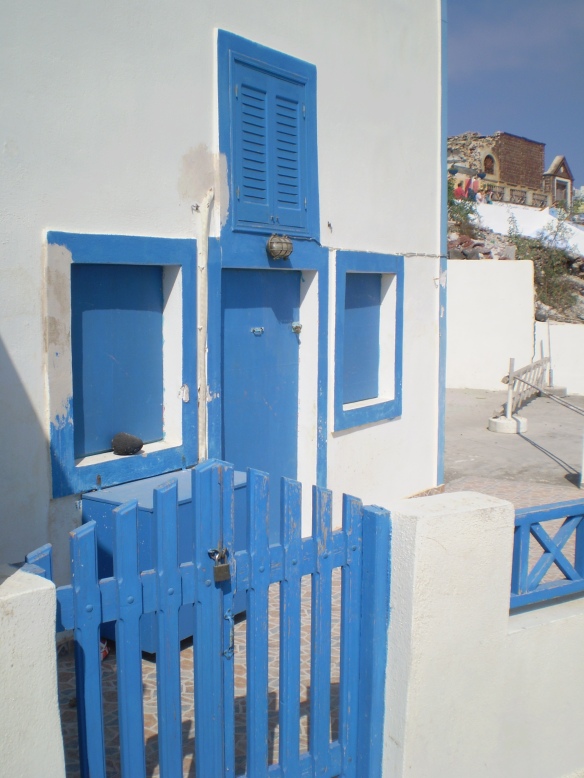 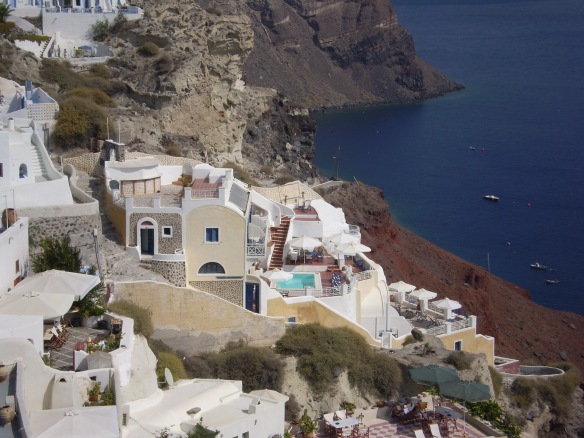 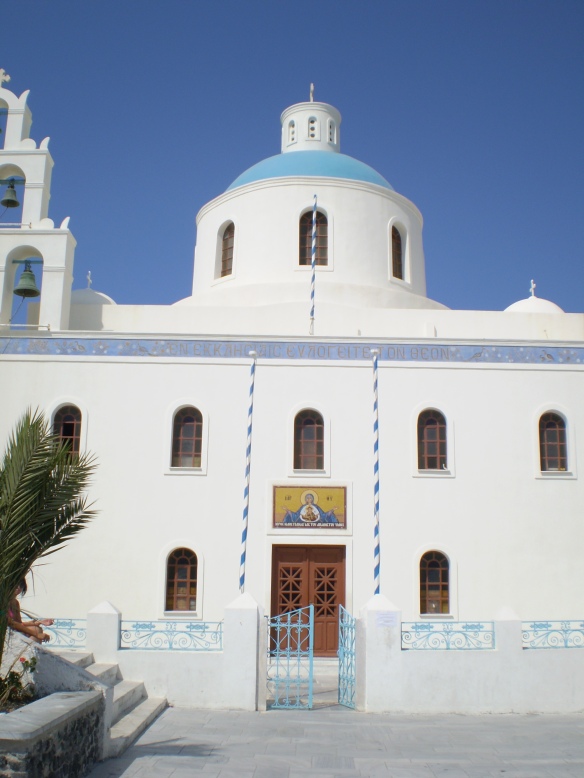 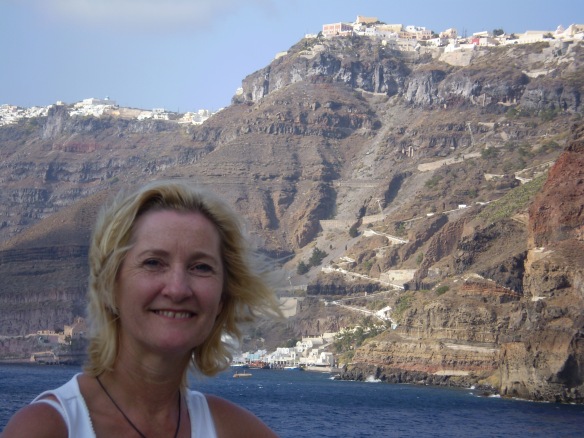 I’ve just had a chat with my doctor – about injections!

I’m sure I didn’t think this through when I decided to do this trip! For travelling to Nepal it’s recommended that I have a polio booster, a tetanus booster, a combined Hepatitis A and Typhoid course (2 injections) and a Hepatitis B course (3 injections).

My doctor didn’t consider that I would need rabies and malaria shots but that’s for me to decide after reading the literature and weighing up the likely risks. My inclination is to say no, I don’t need them, but if anyone’s got any advice they can give me on this, please, jump in here.

The Hepatitis and Typhoid ones will cover me for around 20 years so it’ll be a worthwhile exercise, particularly considering I’m thinking of heading to South America in the next couple of years.

Think I might need someone to hold my hand, or maybe a good dose of pre injection bourbon might do the trick. Is that allowed? Probably not 😦

Deciding to undertake the 60th anniversary trek to Everest Base Camp in May has opened up a whole new world to me. Not only had I never taken been remotely interested in Nepal in general or Kathmandu in particular before the planning began but I had also didn’t know anything about mountaineering or mountaineers or even the Himalayas. I didn’t even know that Mt Everest has one foot in Nepal and the other in Tibet.

In the last few months though I’ve found myself devouring anything I come across that mentions Kathmandu, Everest, mountains, training, trekking etc and I’ve come across some fascinating stuff, particularly about the pioneers of mountaineering in this region.

Does the name Eric Shipton mean anything to anyone? No? What about Sir Edmund Hillary? Now that’s familiar isn’t it? Even John Hunt is fairly well known as the leader of that 1953 expedition that saw Hillary and Tenzing stand on top of the world.

So who was Eric Shipton and what did he have to do with Everest? Quite a lot actually, as I’ve recently discovered.

The sports houses at Grange Lane Junior School in Scunthorpe, where I attended up to the age of eleven, were named Everest, Sherpa, Tenzing and Shipton, the first three were obvious associations but I had no idea why the fourth would be called Shipton.

So I did as all good writers do – I turned to research. This took me on quite an interesting journey, through newspaper archives, autobiographies and travel memoirs. I did get slightly sidetracked with all of the interesting accounts of the mountaineering in the Nepal region but ultimately I discovered some interesting facts about Eric Shipton.

Shipton was in fact a distinguished British Himalayan mountaineer, heavily involved in many expeditions from the 1930s through to the 1950s. He was the leader of the 1935 expedition that gave nineteen year old Tenzing Norgay his start as an Everest Sherpa and he was the one who made the decision, in 1951, to accept two New Zealand mountaineers onto his team that undertook the reconnaissance expedition to Everest, chalking out the now famous route over the Khumbu Glacier. Edmund Hillary was one of those New Zealanders, the rest, as they say, is history.

Initially Eric Shipton accepted leadership of the 1953 expedition but was then controversially replaced with John Hunt on the grounds of Hunt’s organisational skills.

Eric Shipton it seems was a popular mountaineer. In his memoir View From the Summit Sir Edmund Hillary maintains his affection for Shipton and voices his belief that they would still have been successful under Shipton’s leadership.

Mountaineering enthusiasts will know of him but unfortunately Eric Shipton’s name did not go down in the annals of history or the continuing public consciousness as did that of Edmund Hillary and the leader of that 1953 expedition, John Hunt.

I think I might be remembering him though as I climb those slopes and get my first view of the Khumbu Glacier and he was also known to have taken photos of what may have been a Yeti footprint, so I’ll be on the lookout, just in case.

Shipton’s Yeti footprint, with an iceaxe showing the scale

Don’t forget that you can encourage me in my efforts (to reach Base Camp that is, not to find a Yeti) by donating to the Because I’m a Girl Campaign. All you need to do is go to the Donate page at the top there and follow the prompts – easy really and you’ll be helping a really worthwhile cause. 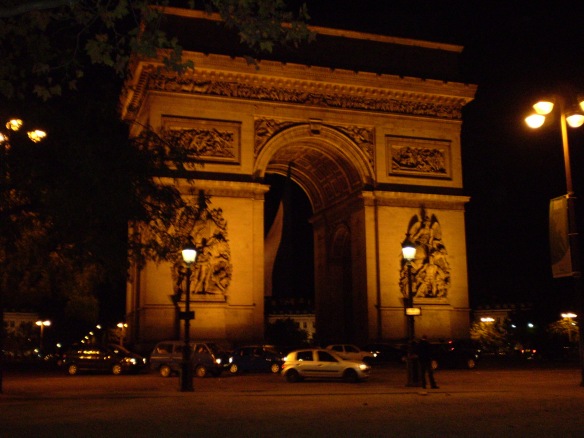 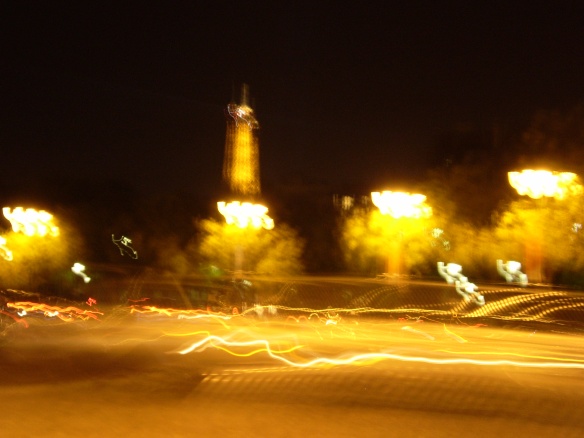 Once again, thanks to Sue for providing another A Word a Week photo challenge. This week’s word ’round’ can be applied to so many different things and already my fellow bloggers have provided a diverse group of photos. Here’s my contribution. 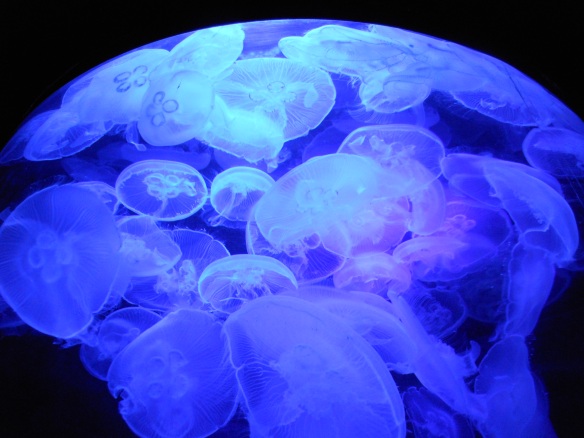 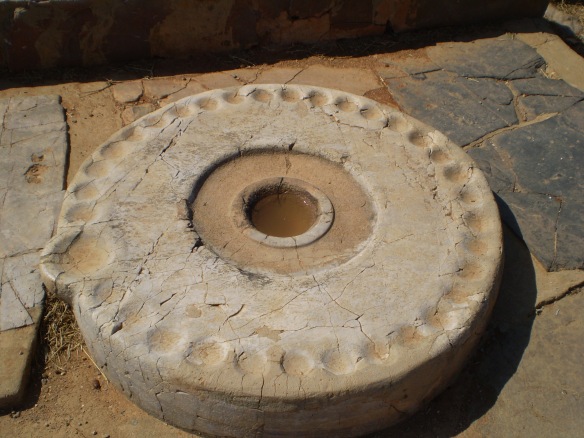 How can you resist?

A recent conversation with a work colleague prompted the question ‘but why don’t you want to travel?’ His response ‘but why do you want to?’

I had trouble formulating an answer for him. Why do I love to travel, why do I want to keep doing it and why am I constantly on the lookout for ways to escape my everyday life and travel the world?

I blame my father actually. While researching my family history I was discussing his teenage years with him and he was recounting his decision to join the army, it was 1945, he was 18 and WWII had ended but National Service had just been implemented. Dad was an apprentice boilermaker on the steelworks and, as it had been a reserved occupation during the war, he had the opportunity of deferring his National Service  for three years. No way, he saw his chance to go overseas and, in his words, have a bit of an adventure.

Twenty years later and with a family in tow he then figured that there were better places to bring up a family than the industrial north of England with its smog and snow (I love England by the way and am one of those people who actually like the snow) and transported us to the sunny climes of Western Australia. We never looked back, although we’ve travelled back – innumerable times.

During my teenage years dad bought a tent, fishing gear and a small boat and he introduced us to the joys of travelling the state, camping and fishing. I could bait a hook with the best of them and I still love to visit those areas that we explored as a family.

When us kids were off their hands my parents travelled, well into their retirement, around Australia, the UK and Europe, Indonesia and Malaysia. Mum was not a ‘boat’ person and would get terribly seasick so the first trip dad took as a solo traveler after she passed away a few years ago was a cruise and, although he’s slowed down a bit now, at the age of 85 he travelled to Melbourne with me recently. 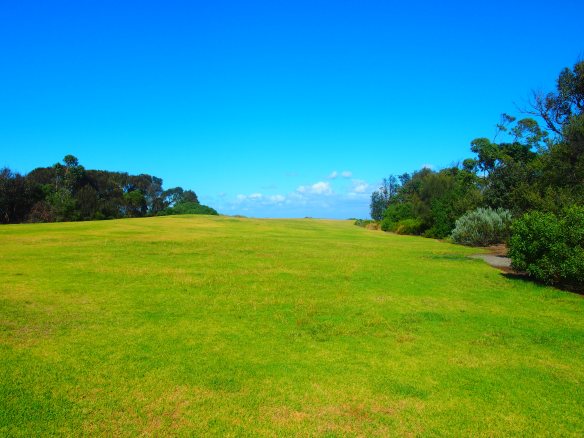 Sorry, but I have to ask.

Can anyone else see the Teletubbies frolicking over the hill? I didn’t realise they lived on the St Kilda foreshore.

After an insanely hot few days, with more heat to come, Mother Nature sent the storms our way and as 2012 prepared for its last day she provided an amazing display of her abilities to throw colour at a canvas and create a masterpiece. 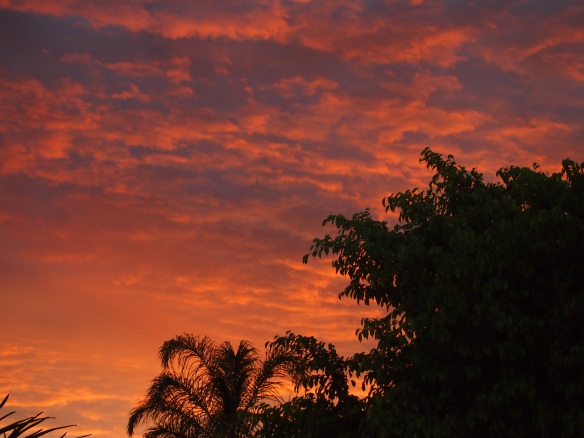 Thanks to Sue for your word a week challenge of ‘Clouds’ that gave me the opportunity to share what was in my own back garden.