I went back to the coast yesterday, back to my coastal walk that has helped me to think clearly so many times in the past.

I went in an attempt to de clutter my mind and find some space. Decisions need room to move around and settle, to try out the fit.

I’m thinking the storm clouds brewing might just say it all.

And the huge rat (I’m talking the size of a small cat) that ran across the path in front of me, what was that all about? I know about black cats but rats?

From Everest Base Camp to the south west of Western Australia. Three months, family dramas, a dose of redundancy and a reality check later and I think I’ve begun to understand the luxury of being able to do what I wanted to do and the pleasure of being able to enjoy every day.

Today I’ve driven to the mouth of the Margaret River and watched the waves pounding the rocks as the river surged outwards into the Indian Ocean, I’ve bought a bottle of Semillon Sauvignon Blanc from a boutique winery, I’ve eaten a lunch of mushroom risotto on the balcony of another winery surrounded by the lush greenery that is the south west of this state and now I’m heading off to buy venison sausages.

Is this life not a luxury?

Tomorrow I’ll be on my way back home having had a relaxing and thought provoking few days.

Life, as is its wont, is not prepared to let us rest on our laurels for too long and insists on throwing the odd curve ball our way. When this happens we tend to react instinctively, often retreating into ourselves and possibly making rash decisions. What I’ve learned that we need to do though is to stop, to gather our thoughts and to assess how best to move forward, not to rush in where those proverbial angels fear to tread.

A few days, a few weeks, however long it takes.

Only a matter of weeks ago I was existing on a diet of carbs – pizza, pasta and potatoes, I was pushing myself physically and mentally to achieve my goal and I was walking in the shadow of some of the highest mountains on the planet.

After an amazing and momentous experience life then decided to slap me in the face and I was brought crashing down to earth, reality hit me in all its forms.

These few days away has seen a regrouping, a reassessment of my life. Sometimes what we think we want, what we believe we need, is in reality just a pipe dream. Yes, our fantasy life is appealing but is it what we really want or need?

We all have dreams of what we would like our life to be but if we had all that we wanted, would we be happy? Generally, I think not. Life is not about getting all that we want, life is about making sure that there is always something that we are aiming for.

Our future goals are what make our life worthwhile.

Today was the day that has been coming for the last 5 weeks, my last day in gainful employment, until I find another job that is.

Now to keep up the momentum and work out a plan – suggestions welcome.

With Old Testament origins  ‘Seek Wisdom’ is the motto of the University of Western Australia, which this year celebrates its 100th anniversary.

In March 1913 it accepted its first students in a collection of timber and corrugated iron buildings in Irwin St. In contrast, the site today, on the banks of the Swan River in Crawley, welcomes new students into beautifully landscaped, tranquil grounds while its historic Winthrop Hall can’t help but inspire those who study under its gaze.

Yesterday I took a walk through the quiet grounds, before the influx of students for the beginning of the new semester in a couple of week’s time. The University of Western Australia holds a special place in my heart. This campus, its historic buildings, those who come to learn and those willing to impart their hard earned knowledge to those keen to make a difference were instrumental in defining for me who I am, who I thought I was, where I’ve been and where I’m going.

As I sat in Winthrop Hall in my fortieth year surrounded by other prospective students and the echoes of those that had forged a tradition and as I listened to the passion of those extolling the virtues of this university I began to understand the possibilities. I believed that I could and I vowed that one day I would be standing on that stage accepting that piece of paper that would show that I had.

With determination, perseverance, a lot of encouragement and the occasional kick up the proverbial from well meaning friends, I did what I set out to do – and more. I gained that wisdom and it wasn’t just facts and figures, it was a deeper understanding of that inexplicable thing that is life. I discussed, I pondered, I questioned and I learnt.

In the tranquil surrounds yesterday, when my intention was simply to take a few photos for this post, I found myself remembering and reflecting.

If you’re ever in Perth the beautiful grounds of this university are well worth a visit, here’s why ….. 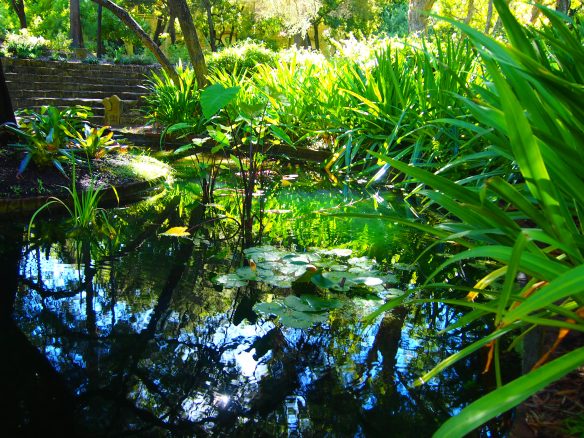 The Sunken Gardens – a popular spot for weddings. 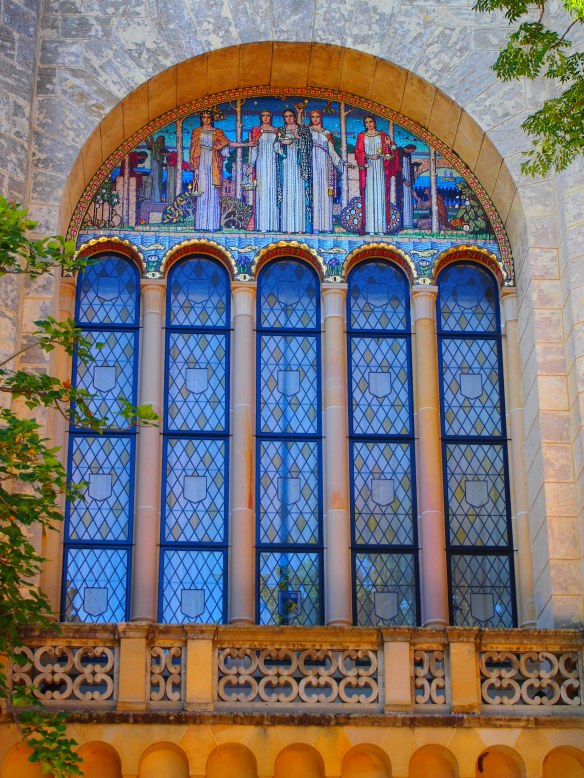 The gnarled trunk of a tree equally as old as the university, if not older.

One of the permanent residents of the Arts faculty – these peacocks and peahens roam freely throughout the grounds. 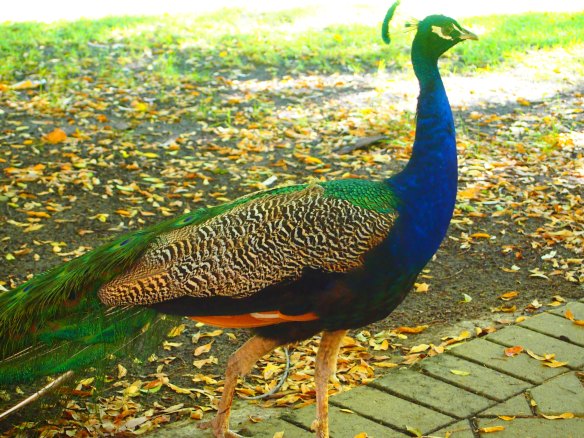 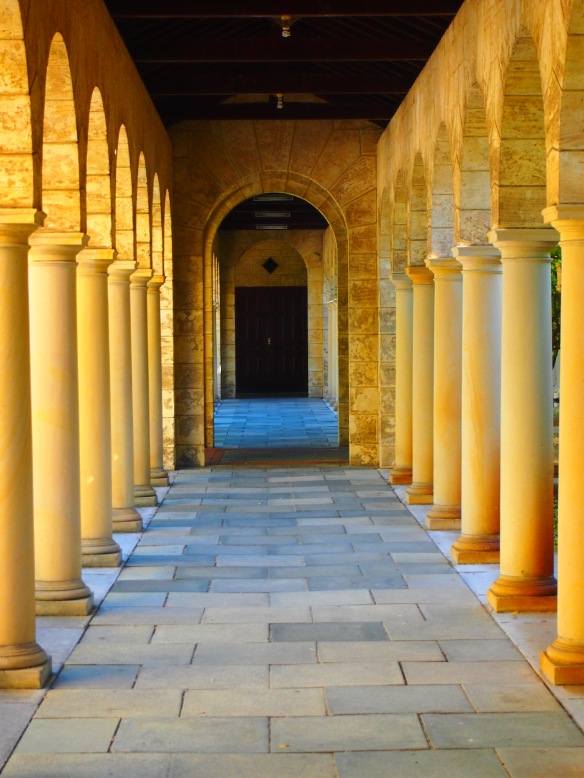 And directly across the road!

I don’t like to say it out loud but really, I have to face it – I’ll be turning 60 in the middle of this year. I know, I can here you all screaming ‘no way, she can’t possibly be nearly 60, she only looks 59.’ But, it’s true, that big number is creeping up on me.

It takes some getting used to because I actually feel younger now than I did twenty years ago, strange but true, and more motivated too. So, to soften the blow and in an attempt to find the positives here, I’ve compiled a little list for myself.

It’s a list of the adventures I’d like to have in the next ten years, between sixty and seventy.

Notice what I’m doing here? If I say the number enough times I’m figuring I may just forget that it’s any different to any other number that I’ve come upon, say 30 or 40 or 50.

Anyway, in no particular order, this is where I’m thinking I’d like to go. Some are more achievable than others but you have to dream big.

What do you think? Where will you be going in the next ten years?

There’s been a few changes around here but I’ll try and make the explanation as concise as possible, I know I tend to get a bit long winded at times.

First, the obvious – there’s a nice new picture up the top there. Just a reminder of where I’m going, I hope you like it. 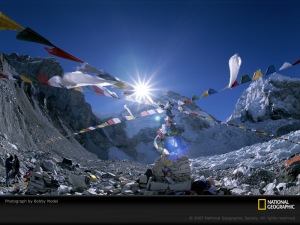 Second – where am I going? Well, a slight change of plan there. As many of you already know next year, 2013, will see the celebrations for my 60th birthday and also the 60th anniversary of the first successful ascent of Mt Everest by Edmund Hillary and Tenzing Norgay. To commemorate these two momentous occasions I made the decision to undertake the 60th anniversary trek to Nepal, run by World Expeditions.

I’ve been rethinking things lately and I’ve made a slight adjustment to my plans. I’ve decided to go further! Originally I was doing the short trek, going as far as Thyangboche Monastery but I’ve now decided to extend it and head for Base Camp. I figure, in for a penny in for a pound. My training is going better than expected (thanks in no small part to a pushy training partner) and, after discussing it with a few people who have done Base Camp, I’m beginning to think I’ll regret it if I don’t do it. I don’t want to get as far as Thyangboche and then decide I should have gone further. More later on my updated itinerary.

And the final change – as I’m now committing myself to pushing my physical and mental endurance to its fullest extent I’ve decided to do it for a good cause. I’m hoping to raise a few dollars (or pounds, or euros or whatever currency you work in) and would really appreciate your support.

The charity that I’ve chosen to support is Plan, one of the oldest and largest children’s development organisations in the world who work in developing countries to empower communities to overcome poverty, and to protect and promote child rights. More specifically I will be donating any money raised to the Because I am a Girl campaign.

With society placing a lower priority on educating girls than on educating boys, one in three girls in the world are denied the education that we take for granted, less than half of girls in developing countries complete primary school.

Girls are more often expected to stay home and help with domestic work and, with financial concerns an issue in poorer communities, it is the boys who take priority when it comes to education.

Over 10 million girls under 18 years old are forced into marriage each year with 1 in 7 married before they are 15, putting an end to any possibility of completing their education.

I have two daughters and two granddaughters who, with myself and all the other girls in my family, have been lucky enough to live in a western country where, generally speaking, girls are not disadvantaged simply because of their gender.

We can afford to live in relative comfort, not only do we have enough to eat but we also have the luxury of occasionally being able to eat out at restaurants and we regularly throw out left over food. We can afford to live in houses or apartments with a washing machine, a dishwasher and a flat screen T.V. We have gadgets and swimming pools and we travel.

We are well educated and encouraged by friends and family to succeed in whatever we choose to do.

And we do have a choice. So many girls in the world don’t.

Thursday 11th October 2012, is the first ever United Nations International Day of the Girl.

The ‘Because I’m a Girl’ campaign run by Plan, one of the oldest and largest children’s development organisations in the world, has been instrumental in the United Nations establishing this day in order to highlight the need to make girls’ education a priority.

The reality is though that through poverty, violence and discrimination, one in three girls is denied the education she’s entitled to.

Make this day a celebration, appreciate your daughters and the opportunities they have in life and spare a little time to acknowledge those girls who don’t have the chance to make choices in life. If you feel inclined visit Plan’s website and see how you can get involved.

The link I have provided here will take you to Plan Australia, however, you can also google Plan UK or Plan USA.

travelling bag
Create a free website or blog at WordPress.com.