I went back to the coast yesterday, back to my coastal walk that has helped me to think clearly so many times in the past.

I went in an attempt to de clutter my mind and find some space. Decisions need room to move around and settle, to try out the fit.

I’m thinking the storm clouds brewing might just say it all.

And the huge rat (I’m talking the size of a small cat) that ran across the path in front of me, what was that all about? I know about black cats but rats? 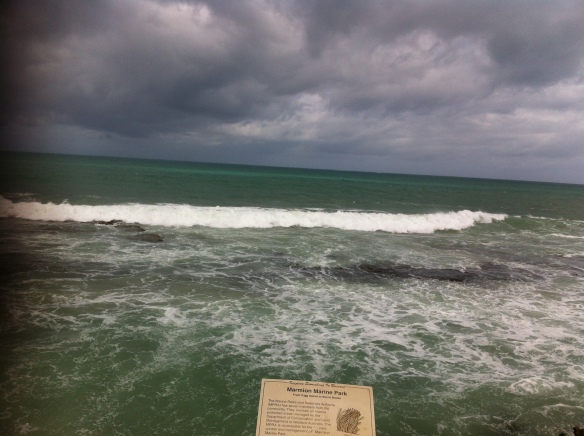 I was visiting the south west of the state again recently and, as usual, had a wonderful time. I always enjoy a wander through the main street of Margaret River when I’m down there and this time was no different. 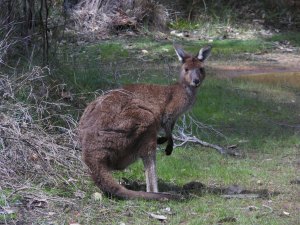 What was different this time though was that I took particular note of the river itself.

When you mention Margaret River in the south west of Western Australia most people immediately think of the picturesque country town with it’s world class surfing beaches or of the wineries in the region or the gourmet food that the area is renowned for, but nobody really thinks of the river that the town sits on.

So I did a little bit of research. The Margaret River is believed to be named after Margaret Whicher or Whyche who, depending on your source of reference, seems to have been either a friend or a cousin of John Bussell, an early settler and explorer of the area.

The river rises in the Whicher ranges and merges with the Indian Ocean 65km away near Cape Mentelle.

In the summer the picturesque riverbank as you enter the town is teeming with visitors, when I was there a few days ago, with the constant threat of rain and the thunderstorm that had passed over a couple of hours earlier the picnic grounds were rather empty and one lone youngster was playing in playground.

But even in that weather it was a very picturesque spot. It’s also the beginning of the 13.5km rails to trails walking/cycling track that takes you north as far as Cowaramup. It’s on my list for the next time I’m down there.

It’s also worth taking a drive to the mouth of the Margaret river near Prevelly, a beautiful coastline with magnificent surfing beaches where you can watch the waves in contemplation, enjoy a picnic on the beach in the nicer weather or maybe take the dog for a walk up the river. 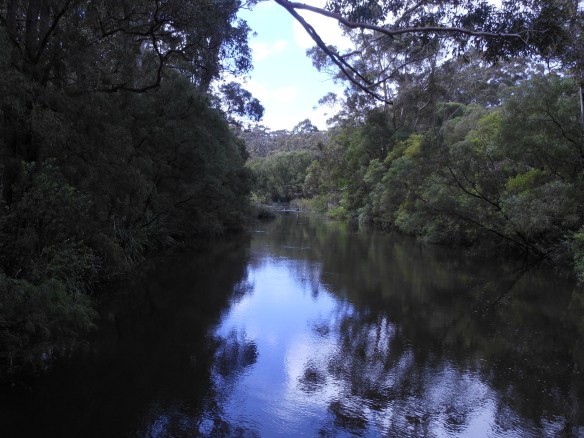 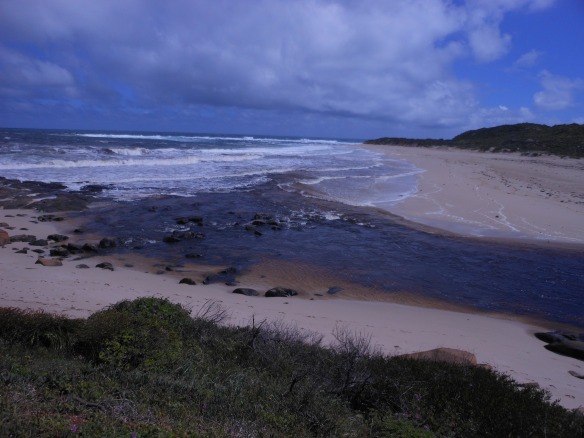 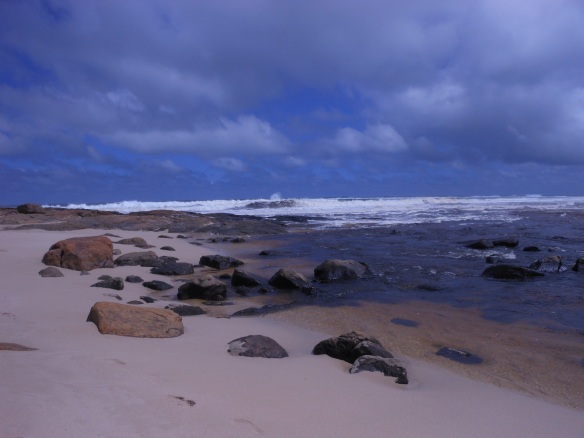