This weeks Travel Theme set by Ailsa is Architecture. I don’t very often take part in these weekly challenges but just occasionally the subject jumps out at me and I jump in with my contribution.

The diversity of architecture through time and place is absolutely mind bogling. This is such a broad subject that to do it justice would take eons and far more blog posts than we could possibly dedicate to it in one week.

But here’s my look through time at a few magnificent architectural examples, all amazing in their own way.

The Minoan Palace at Knossos, Crete, that was abandoned around 1200BC. 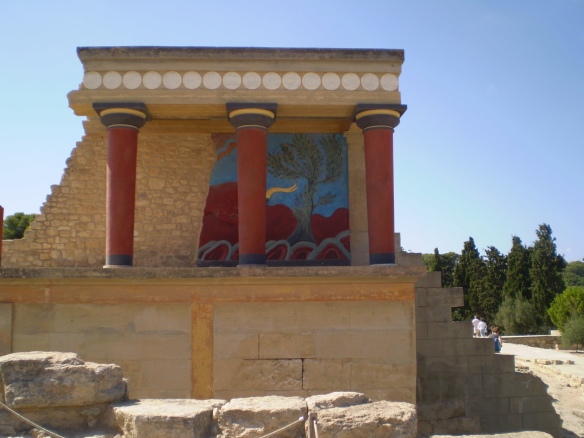 Pompeii- destoyed in 79AD during the eruption of Mt Vesuvius. 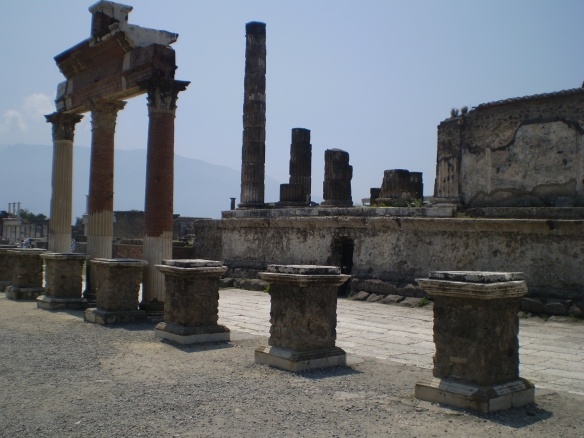 The Louvre Palace, built in the late 12th century as a fortress seen through the modern glass pyramid erected in 1969. 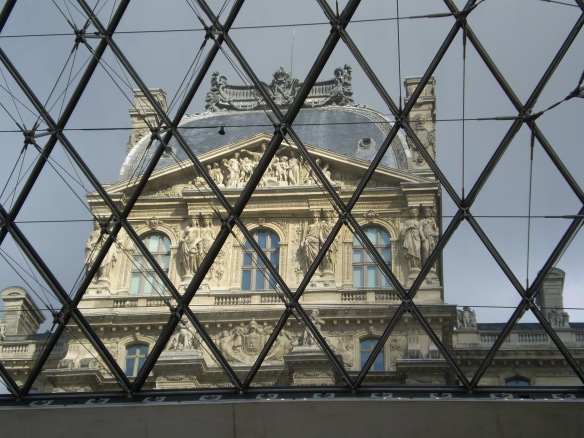 The Radcliffe Camera, Oxford, built as a circular library in the mid 18th century. 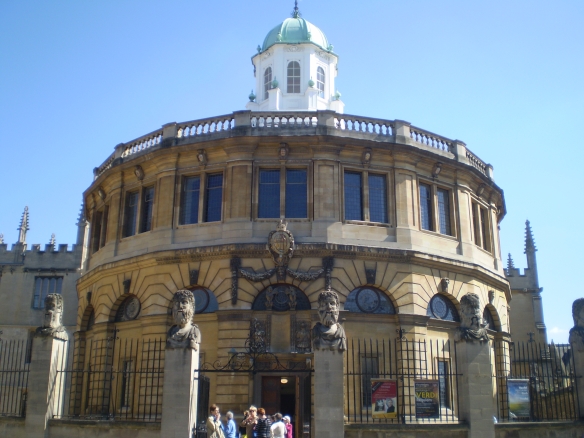 Beehive Cottage, a thatched Cottage in Swan Green near Lyndhurst, Hampshire built around 1833. 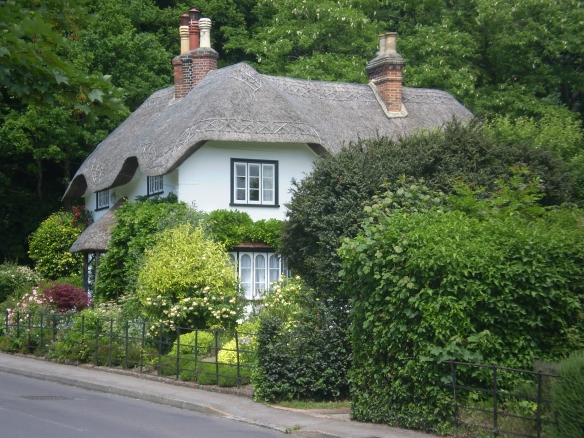 La Tour Eiffel, built in Paris in 1889 for the World’s Fair. 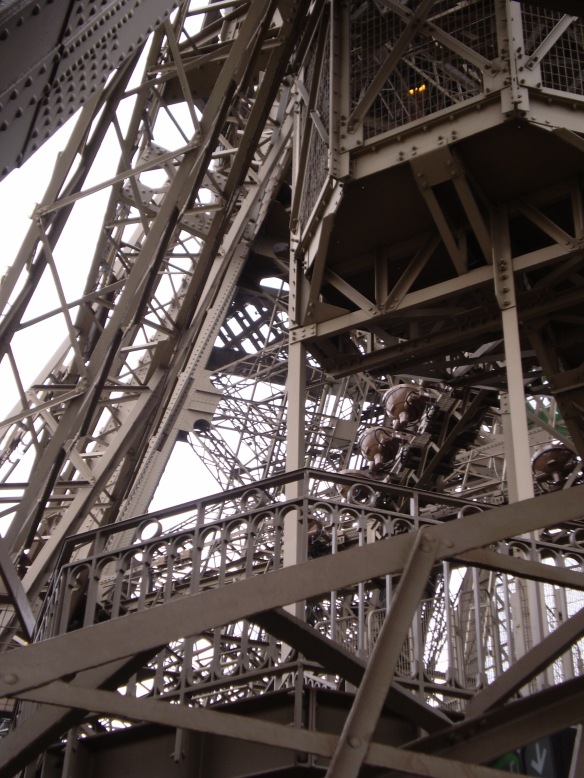 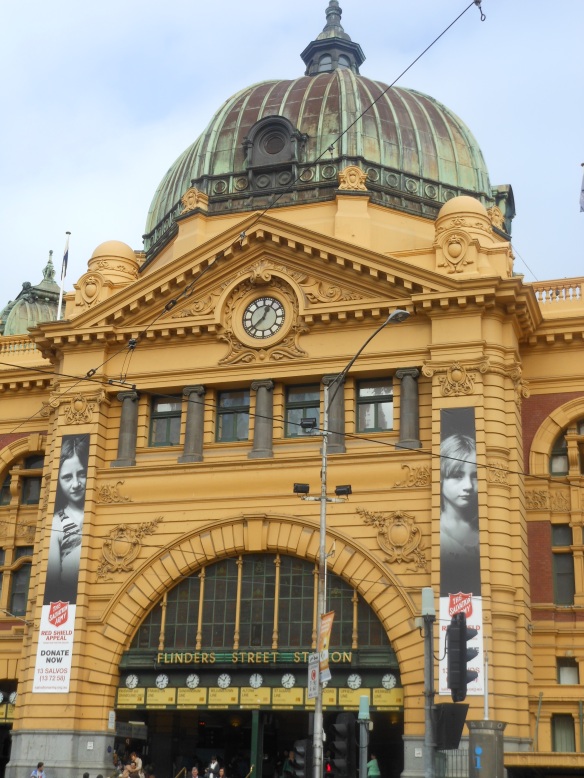 The Thyangboche Monastery, Nepal. Originally built in 1916 but rebuilt in 1989 after it was destroyed by fire. 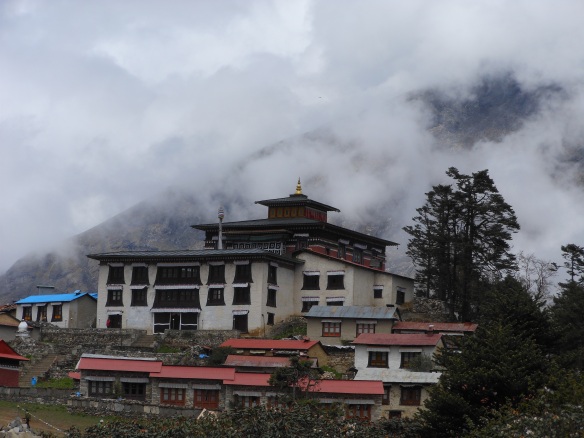 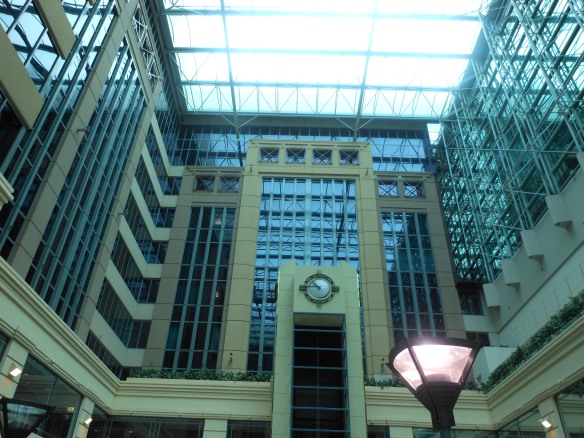 Assuming everything goes according to plan, next year’s trek will see me climbing out of my comfort zone and reaching Everest base camp, after a 15 day trek from Kathmandu, and several people have asked me exactly how high this is. Originally I was going as far as Thyangboche Monastery but, as you all know by now, I had second thoughts and decided to opt out of the safe option and go those few extra miles, well, a couple of thousand metres actually.

I think now might be a good time to put this extra couple of thousand metres in perspective for you. So listen carefully.

Everest Base Camp sits at an altitude of 5,364 metres, difficult to imagine, so let me put it this way. I live on the coastal plain of Western Australia, barely a hill in site, let’s call that 0 metres. 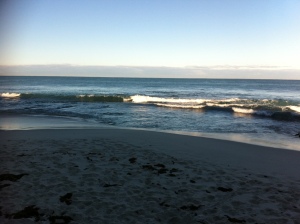 The Darling Scarp butts up against this coastal plain but, even then, the highest point on the Darling Ranges is Mount Cooke at 582m.

I will be flying in to Kathmandu which sits at 1,400m, so I’ll already be almost three times higher than the highest point in my area. Let’s take Australia as a whole – the highest point on mainland Australia is Mount Kosciuszko at 2,228 metres. After a short (apparently exhilarating) fight from Kathmandu to Lukla at 2,860 metres I’ll actually begin the trek. So, I’ll start trekking at a point higher than the summit of Mt Kosciusko! 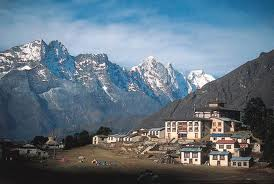 Five days later I’ll reach Thyangboche at 3,867 metres. This is where I was going to stop but, no, I decided to extend the thrill, for another few days and those extra couple of thousand metres.

Everest Base Camp and the tents of the summiteers

On the tenth day of the trek I’ll make it to Base Camp (in what condition I’m not sure, but I will be there) at 5,364 metres. May, when I’ll be there, is traditionally when many of the summit ascents take place so it could be a pretty busy place with the summit groups making their preparations.

A strenuous couple of hours will take us up to the summit of Kala Pattar, the highest point on the trek at 5,545 metres that gives us the famous views of Everest, Lhotse and Nuptse. When you think that Mt Kilimanjaro, the highest mountain in Africa, is 5,895 metres suddenly I realize how high I’m going.

Most of the amazing photos of Everest that you find in books and on-line are taken from Kalar Pattar, it’s a hard slog of between one and two hours depending on your level of fitness, up what looks like a brown hump of dirt. 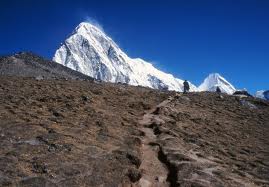 The track heading up Kala Pattar

It’s a big hump though with the ascent of this final leg made acutely difficult due to the lack of oxygen in the lungs at this height. I’ve read several accounts of the ascent of this final hurdle before you get to witness the spectacular views that it affords. Without exception these accounts reveal the difficulty, the hurt and the struggle, and highlight the sheer determination needed to reach the summit. If the photos are anything to go by though the rewarding views are worth it. 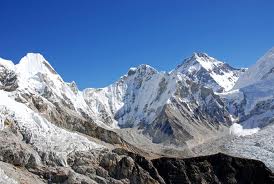 I aim to take some of those amazing photos. In approx 6 months time these photos will be replaced by those that I have taken myself!

Remember, you can support me and my efforts by donating to the ‘Because I’m a Girl Campaign.’ Just go to the Donate page up there on my header or read all about it on the Challenge for the girls page.